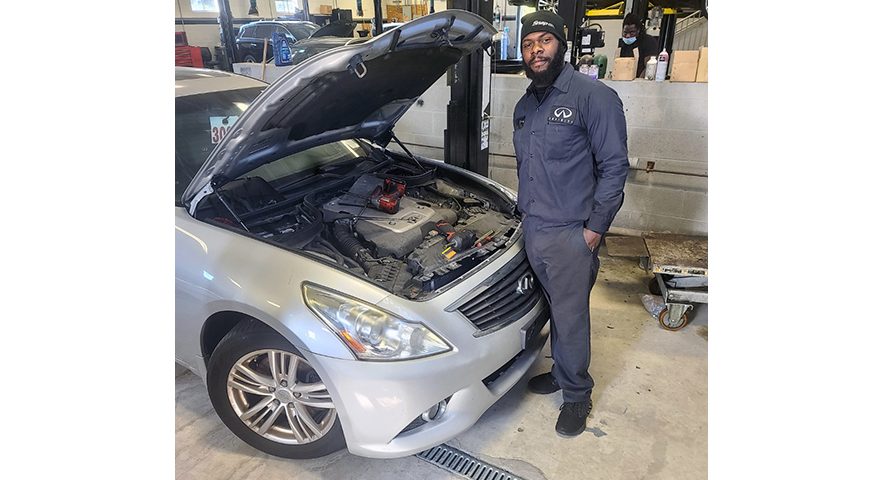 Llewelyn Blair graduated from New Community Career & Technical Institute in 2016 and enjoys his career as an automotive technician at INFINITI of Englewood. Photo courtesy of Llewelyn Blair.

Four years after graduating from New Community Career & Technical Institute (NCCTI), Llewelyn Blair remains enthusiastic about his career path. He is a Class B Automotive Technician at INFINITI of Englewood.

Blair is from Fort Lauderdale, Fla., and moved to New Jersey for a new experience, the potential for a better job and to be closer to his father. He was interested in pursuing a career in the electrical field because he had studied electrical in high school. When he saw the previous location of NCCTI on Bergen Street and learned it offered career and technical training, he went in to see if he could enroll. At the time, the Building Trades class was full, but he was offered a spot in the Automotive Technician program, which is sponsored by Ford Motor Company. He said he always wanted to learn more about cars and decided to give it a try.

Blair did well and was hired after his first interview upon completing the program. In 2016, he started working at INFINITI of Englewood, which gave him a significant pay increase from the security job he was working at the time. The dealership closed for a period and Blair moved to another location, but he returned to Englewood when it reopened. He likes the working environment at the dealership.

“We treat each other like family,” he said. “If one person messes up, everybody helps out.”

As a technician at the dealership, Blair performs a variety of tasks mainly dealing with major vehicle issues. He will also address recalls and perform routine maintenance like oil changes and tire rotations. Because of his experience, he is also tasked with advising new technicians. He teaches them the rules and expectations at the dealership and helps them transition to their new work environment.

“The school was a phenomenal experience. I would recommend it to anybody,” he said. “I know people that went to other schools and they don’t do anything they went to school for. And right now they’re still paying back money.”

Meanwhile, Blair is actively working in his field of study and is thriving in his career.

“NCCTI’s Automotive Technician program benefited greatly by having Llewelyn as a student. We simply served as a vessel to support his skill set and commitment to being successful,” said NCCTI Director Rodney Brutton. “The entire NCCTI team is proud of Llewelyn and offers our appreciation for his willingness to create opportunities for his fellow NCCTI Automotive Technician graduates.”

Zaccheus said Blair was always interested in understanding the material when he was in the program.

“He was a very good student in my class,” Zaccheus said. “He was always eager.”

Although Blair set out to have a different career, he is glad he ended up in the automotive industry.

“It worked out for the better,” he said. “I’ve done so much work on my car and on other people’s cars, which I didn’t know how to do before.”

Blair lives in Irvington and plans to remain in the automotive industry and at his current dealership. 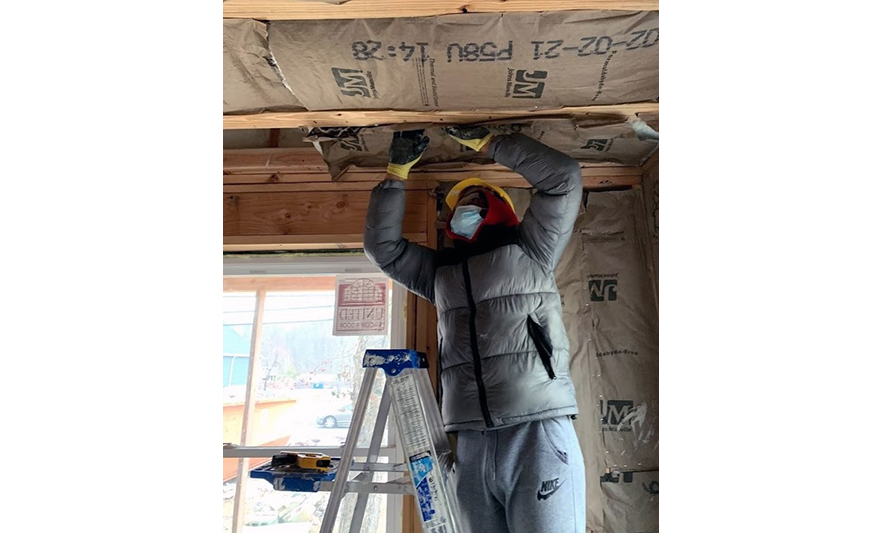 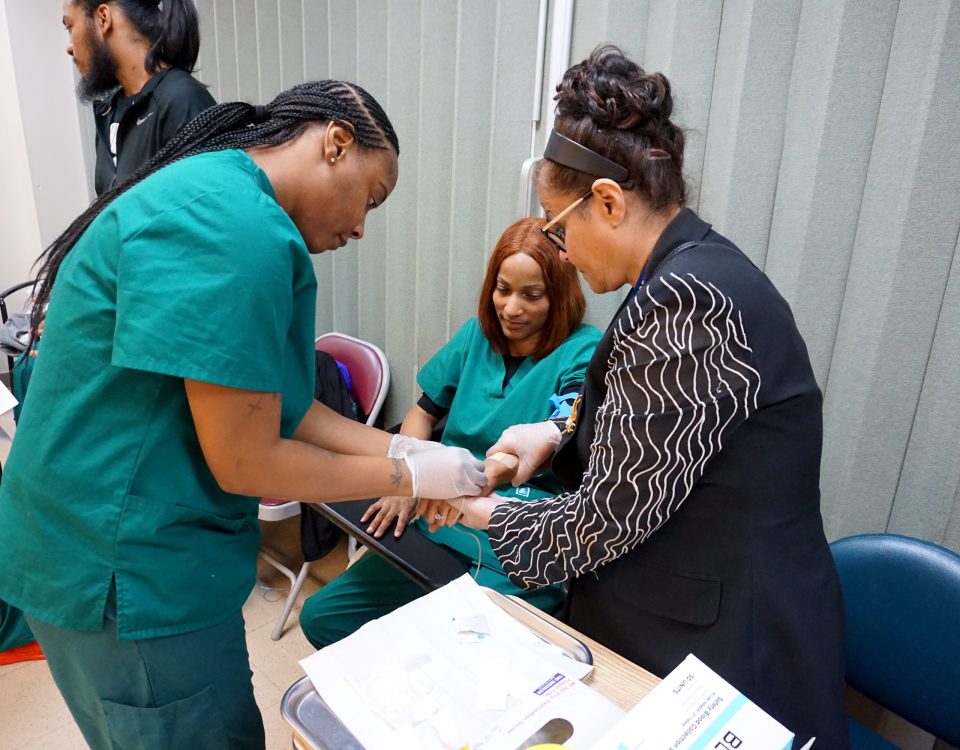 NCCTI students get hands-on training in their field of study. Students in the Patient Care Technician program receive instruction from Maha Koltowski. 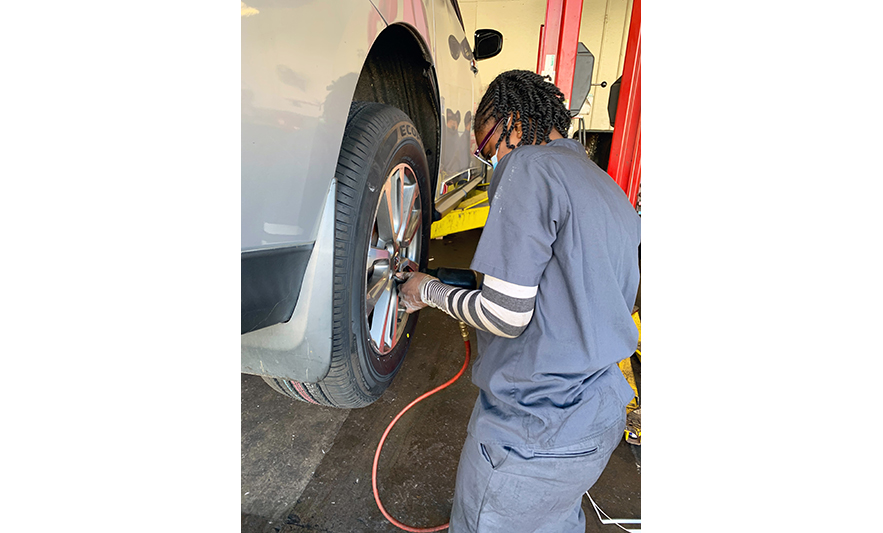